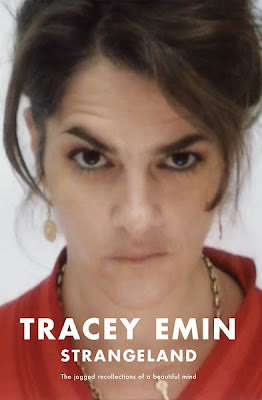 "Here I am, a fucked, crazy, anorexic-alcoholic-childless, beautiful woman. I never dreamt it would be like this." Tracey Emin's "Strangeland" is her own space, lying between the Margate of her childhood, the Turkey of her forefathers, and her own, private-public life in present-day London. Her writings, a combination of memoirs and confessions, are deeply intimate, yet powerfully engaging. Tracey retains a profoundly romantic world view, paired with an uncompromising honesty. Her capacity both to create controversies and to strike chords is unequaled. It is a remarkable book—and an original, beautiful mind.

Tracey Emin is at a strategic disadvantage when it comes to writing her autobiography - we know most of the juicy bits already. After all, Emin has forged her artistic career on making a public display of the most shocking and personal elements of her life story. Thanks to her embroidered tent, Everyone I've Ever Slept With, we know more about her sex life than we do about most of our friends.

She has made exhibitions out of the sexual abuse she suffered as a child, her abortion and her darkest feelings of loss, self-doubt and betrayal. Even her grubby sheets have been on display at the Tate. How much more do we want or need to know?

Those who do want more detail on all the best-known Emin myths won't be disappointed by Strangeland. It follows her down the dark alley where she was raped, aged 13. It details with some relish her stinking flat, her alcoholism and her wanking habits. And it describes, movingly, how she was left holding a dead foetus in the back of a London taxi five days after her botched abortion.

But the real revelations here are of a gentler kind. While her best-known art has shown Emin at her most confrontational, in her writing, we meet a calmer, more sensitive soul. The middle section of the book takes place in Turkey, where she finds some kind of peace exploring her roots and bonding with her estranged father. It ain't very rock'n'roll - they pick olives, go to the seaside and exchange family gossip. But after the uneasy squalor of her childhood in Margate, it comes as a relief.

The quality of Emin's writing is another nice surprise. At its best, it shows flashes of insight and originality: 'As we drove from the sea, the land became a rolling mass of drunken hills.' But the most interesting thing about this book is what it doesn't tell us about Tracey Emin. For one so open and confessional, there are some glaring omissions. Her art, for a start, is hardly touched on. When did she turn to it and why? There is a fleeting mention of the 'emotional suicide' she suffered in 1992, when she destroyed all her paintings and started producing the confessional art which made her name.

But the events which prompted her breakdown, and inspired her creative rebirth, remain a mystery. By the end of Strangeland, we are no closer to understanding the extraordinary metamorphosis which transformed the abused little girl from Margate into one of the art world's brightest stars. That is the real enigma of Tracey Emin. And, for once, she's keeping it to herself.
Gönderen Tayfun Serttaş zaman: 20:39 Hiç yorum yok: 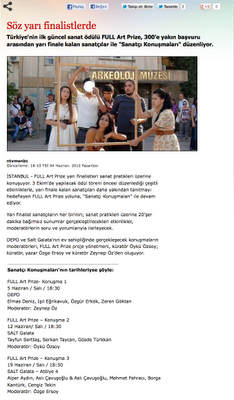 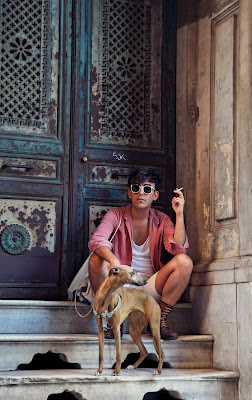