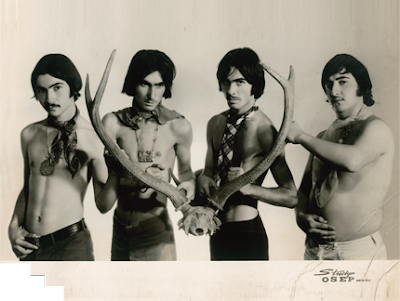 Osep Minasoglu is one of the oldest living studio portrait photographers of Istanbul. Current resident artist Tayfun Serttaş has been collecting, recording and classifying his works for the past 10 years. A rarely encountered selection of works, the Studio Osep archive records the shifts in representational practices in Istanbul between 1953 and 1986. Presented as a body, and placed on a parallel perspective with the history of the Turkish Republic, these personal testimonies of individual memory gain a collective meaning: they articulate the social contradictions embedded in the recent history of the city.

These configurations include exhibitions (most recently at Galeri NON, Istanbul in 2009) and a publication (Stüdyo Osep, published by Aras in 2009). The exhibition, which is partly re-created at The Delfina Foundation, incorporates original material from the Studio Osep archive as well as biographical elements lifted from Osep's life story.

For The Delfina Foundation, the Studio Osep archive has been re-curated to achieve new and poetic associations. The selected photographs focus on the transforming everyday practices that have shaped the making of modern Turkey and question the evolving function of vernacular photography in relation to discourses around identity and the grander narrative of history.

Tayfun is a current resident artist at The Delfina Foundation as part of the 2010 edition of the Accented Residency, with the generous support of the British Council's Creative Collaboration and Platform Garanti Contemporary Art Centre, Istanbul.

Tayfun Serttas discusses his practice in relation to Istanbul's history of social, cultural and sexual diversity. The talk will be completed by a screening of two of Tayfun Serttas' recent video works: Invoke (2009) and The Other, The Other and Beyond (2005). Free event, limited seats available, rsvp essential: rsvp@delfinafoundation.com