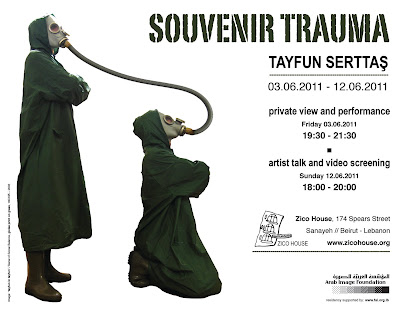 Starting with Susan Sontag's book "Regarding The Pain of Others";

The subject creates a psycho-strategic discursive ground through the social position when looking at the traumas of others through the one "regarding the pain" and the one "whose pain is being regarded." Within the context of this strategy, the artist is a third eye as a "temporary citizen." Could there be a relationship between the geographies that the artist travels through and the artistic production? As a suggestive field set forth by the coincidental experiences, what are the problematics involved? What is the impact of the surrounding ideological pressures that surround the artist? With the new responsibilities of the artist, who is also a "witness" of the now, the artist assumes new responsibilites in the production in the framework of intercultural communication; how transformative are these said responsibilities?

Could the Middle Eastern artistic practices - that were manipulated by the pressures of orientalism a century ago - be newly oppressive through the intuitive seduction of the post-traumatic? What are the expectations of Western artistic institutions from Middle Eastern artists? Could these expectations be esoteric methods that were extended to our time by the tradition of prejudice? How should the Middle Eastern artist use the right to "respond" at this point? How functional is art, also a means of provocation, in describing and subverting the expectation? The artist, in this first part of his production, "Souvenir Trauma," triggered by his Middle Eastern experiences chooses to show from within and aims to research whether there is a linguistic and methodological unity between artists who share a common geography.

About Artist Talk and Video Screening

Tayfun Serttaş discusses his practice in relation to İstanbul’s history of social, cultural and sexual diversity. The talk will be completed by a screening of four of Tayfun Serttas’s recent video works;

Tayfun Serttaş (1982 Turkey), currently in residence at the Arab Image Foundation, is an artist, writer and researcher who lives and works in Istanbul. Tayfun Serttaş’s installation-focused work is often formed of the multilayered engagement of various media including ready-mades, found objects, sculptures, videos, photographs, artist’s books and drawings around a documentary theme. From various viewpoints, the artist interrogates normative memory based on the model of “modern society,” assuming a psycho-strategic position encountering dominant streams of consciousness in his work. The artist conducts interdisciplinary research into the social interruptions of recent history in the context of the intervention of the assumed past to the present and their complex impact within the equation of the individual, identity and culture, constructing a visual language drawing strength from experimental narratives between social sciences and contemporary art disciplines. Themes he works on include urban anthropology, social gender, the cultural heritage of the other, the critique of civil society, the sociology of everyday life, minorities, urban transformation, sex workers, immigration and change, socio-political strategies and minor politics.