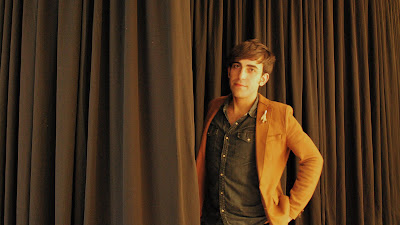 Salt Galata is currently hosting a project by artist and researcher Tayfun Serttaş. The artist is aiming to discover the cultural heritage of Istanbul via the photographic archive of Armenian photographer Maryam Şahinyan.

A great lover of heritage and history, artist Tayfun Serttaş is shedding light on Istanbul’s demographic past with a new project at Salt Galata focusing on long-time photographer Maryam Şahinyan.

The project is based on the revisualization of the complete professional archive of Şahinyan, who was born in the Central Anatolian province of Sivas in 1911 and died in Istanbul in 1996. Şahinyan worked as a photographer at her modest studio called Foto Galatasaray uninterruptedly from 1935 until 1985. The archive is a unique inventory of the demographic transformations that occurred in the socio-cultural map of Istanbul after the declaration of the Republic and the historical period it witnessed; it is also a chronological record of an Istanbul-based female studio photographer’s professional career.

Serttaş told the Hürriyet Daily News that he did not find Şahinyan, but that she found him. “I knew that there was an archive like this. I knew that the person who bought the Studio Galatasaray after Maryam moved to Üsküdar. Then he left the city and left the archive. My publisher, Yetvart Tomasyan, told me that there was a closed archive.”

The archive waited for a long time before Serttaş found it. “I took the archive in 2009,” he said.

Serttaş is also a researcher who works on visual archives. “During my education, which focused on cultural anthropology, I worked with lots of archives. My

dissertation was called ‘Photographs and Minorities in Istanbul as a Means of Cultural Representation in the Process of Modernism,’” he said.

Making art out of such research and images is Serttaş’s latest project. Because there are close to 200,000 images in Şahinyan’s archive, the task of presenting them is difficult, he said.

Beyond the fact that she was a photographer and owned a studio, there is little information about Şahinyan. “We know that she went to the studio every single day, we know that she ate one apple every day at noon and that she returned home,” Serttaş said.

Şahinyan, an Ottoman Armenian, was born in 1911 at Şahinyan Konağı (Camlı Köşk), one of the most impressive civil structures in Sivas. Her grandfather, Agop Şahinyan Paşa, represented Sivas in the first Ottoman Parliament (Meclis-i Mebusan), which was established in 1877. Born with the social privilege inherent to a grandchild of a member of parliament, Şahinyan’s life took an unexpected turn when, as a child, she witnessed the historical events of 1915.

Armed with the wooden bellows camera her father originally took over from a family that immigrated from the Balkans in the aftermath of World War I and the black-and-white sheet film she continued to use until 1985, Şahinyan, in a sense, arrested time – both against the technological advancements photography was experiencing and contemporary trends. In the end, she created an unparalleled visual coherence without compromising her technical and aesthetic principles. Throughout her professional life, Şahinyan wore a white coat and black over-sleeves to protect her clothing, according to Serttaş.

“When she retired from the studio in 1985, Şahinyan left behind a unique visual archive made up of approximately 200,000 images. She passed away at

her home on Hanımefendi Sokak in Şişli in 1996 and is buried in the Şişli Armenian Cemetery,” said Serttaş.

Women in the studio

The photography archive features many photographs of women, according to Serttaş.

“This was because of Maryam,” said Serttaş, adding that women went to her for pictures with their nice dresses or with their swimsuits. Priests or nuns, meanwhile, went had pictures taken with their crosses.

It is very important to have an archive like Şahinyan’s, said Serttaş. “For example, these photographs also provide a cultural and historical heritage because we have always had problems in terms of having an archive in Turkey … on cultural issues.”

Şahiyan’s photographs, however, now provide such an archive, the artist said. “It shows us the lifestyle of people; we can discover how these minority people lived during that era.”

Noting that most people always thought Armenians or minorities in Istanbul lived a rich life, Serttaş said, “The photos lead us to learn more about the lives of minorities; there were lots of people who had damaged clothes and so on.”

The photographs mostly depict Greeks. “These photos show what we have lost,” he said.

Foto Galatasaray was never as visible as some of the more elite photography studios that have been famous since the 19th century, such as Phebus, Andriomenos or Sabah, Serttaş said.

The studio, however, survived because it appealed to the lower and middle classes.

Şahinyan was a devout woman, and her identity created a closely-knit circle that determined the sociological basis of Foto Galatasaray’s clientele, setting it apart from Istanbul’s other studios.

Except for four understated passport photos, no photographs exist of Şahinyan herself, who throughout her life remained behind the camera, scrupulously taking hundreds of thousands of photographs, retouching them, and painstakingly numbering and dating each film she developed. Spanning half a century, her work impartially traces the ethnic, social, cultural, religious and economic transformations taking place at the center of the city.

After the present exhibition, the archive will be opened to everyone via the Internet, said Serttaş.

A new period will start for the archive. “People will be able to tell if they know these people, and every photo will assume a [new] identity,” he added. 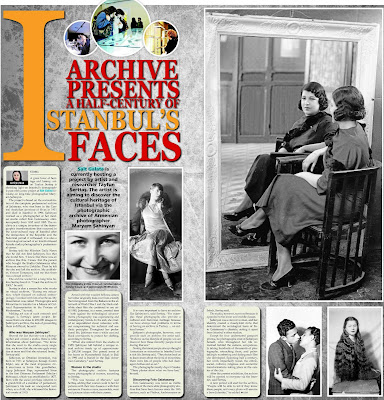